One year after their graduation, more 2015 Sciences Po graduates had started work in comparison with those who graduated in 2014. They also found their first job more quickly. The overall rate of employment was 95,7% which means that since graduating from Sciences Po, more than 9 graduates out of 10 who chose to enter the labour market have already had a job.

The 2016 edition of the professional follow-up survey of Sciences Po graduates, which reviews the situation of 2015 graduates one year after their graduation, was carried out under the scientific supervision of Anne Boring (OFCE-PRESAGE) and Roberto Galbiati (CNRS).

Periods between graduation and employment are shorter than for the previous year: 88.4% of graduates found a job in less than 6 months compared with 87% in 2015.

Still a wide variety of jobs

More than one third of graduates start their careers abroad

35% of those surveyed work outside France, a high proportion compared with the 16.6% of total respondents in the Conférence des Grandes Ecoles survey.

Table 1: Graduates one year after obtaining their Master’s degree

Among the 21% of respondents who decided to continue their studies:

91% of graduates who chose to enter the labour market are either employed or completing an internship, compared with 88.8% in 2015.

Of the respondents who are seeking employment, 53.6% have already been employed since they left Sciences Po, taking the employment rate to 95.7%.


Table 2: Employment rates before and after graduation

In line with the diversity of the Master’s programmes on offer at Sciences Po, the proportion of graduates’ professions belonging to the private sector is preponderant. It is also relatively important in the public sector, NGOs and associations, international organizations, culture, media and publishing. 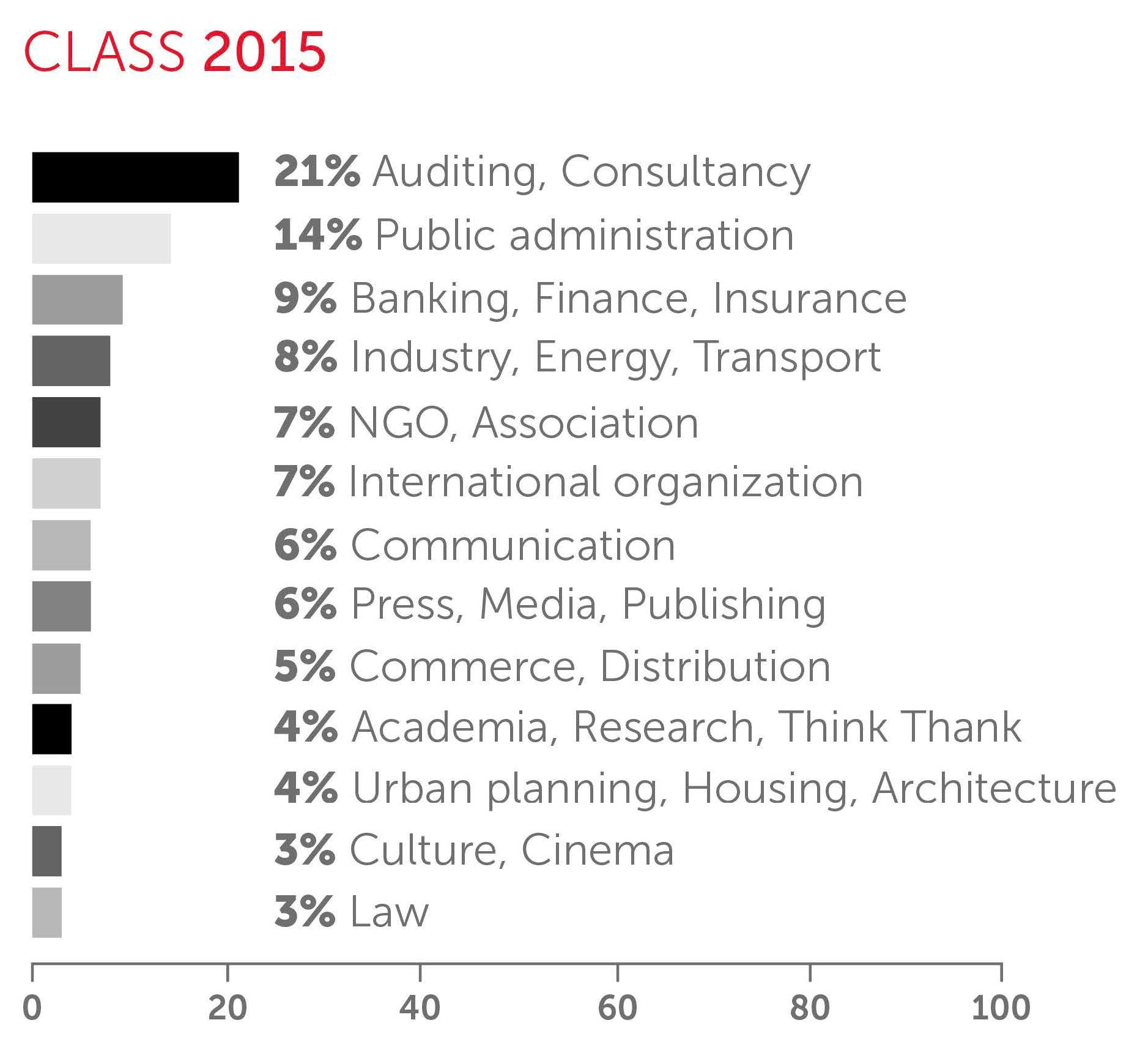 To find out more, see the page on Master’s career prospects on the Sciences Po website: http://www.sciencespo.fr/formations/%C3%A9coles-masters

35% of respondents are working outside France.

The proportion of stable employment is 74%. The number of civil servant positions has increased over this period. The number of temporary contracts has decreased. 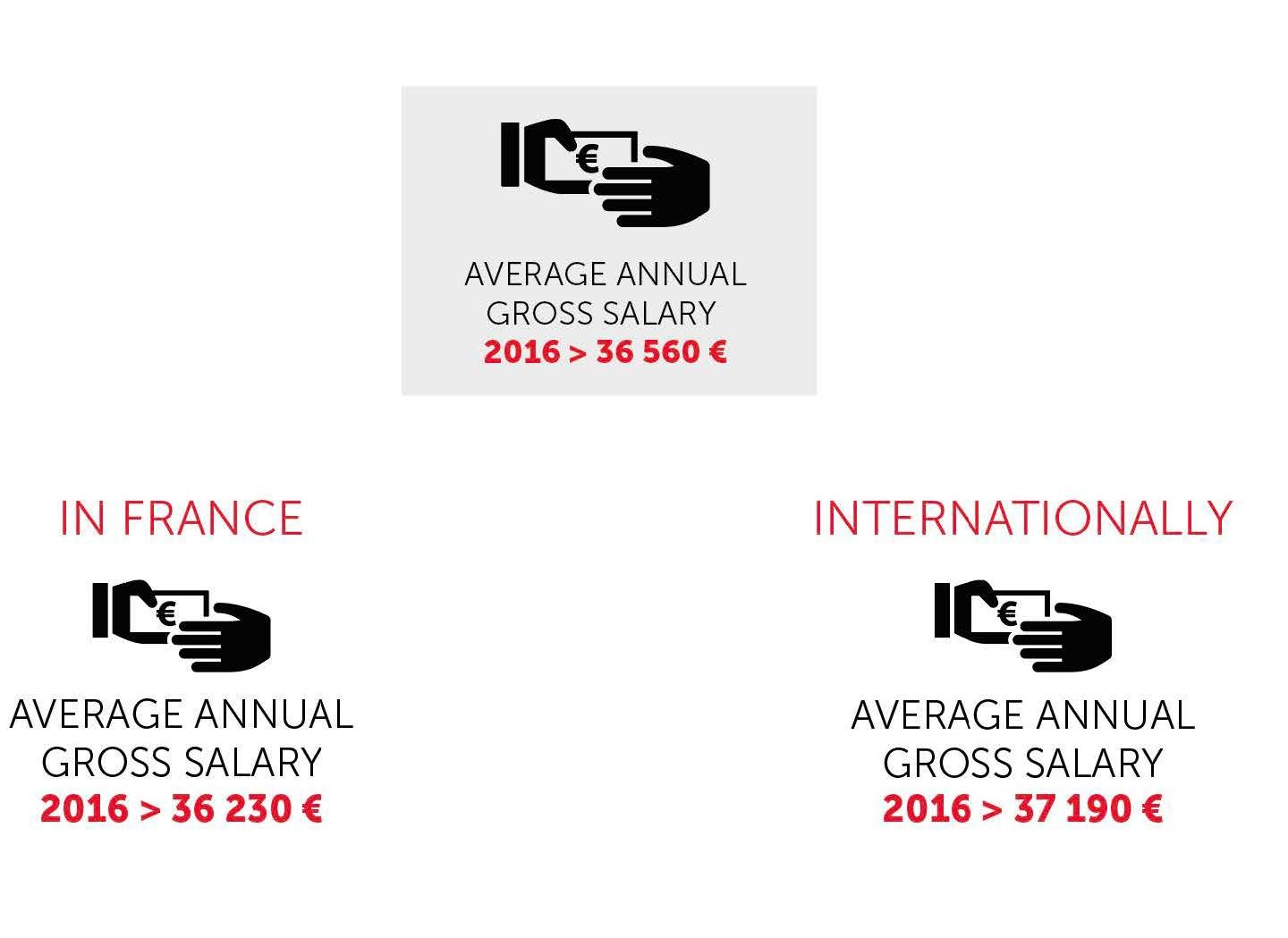 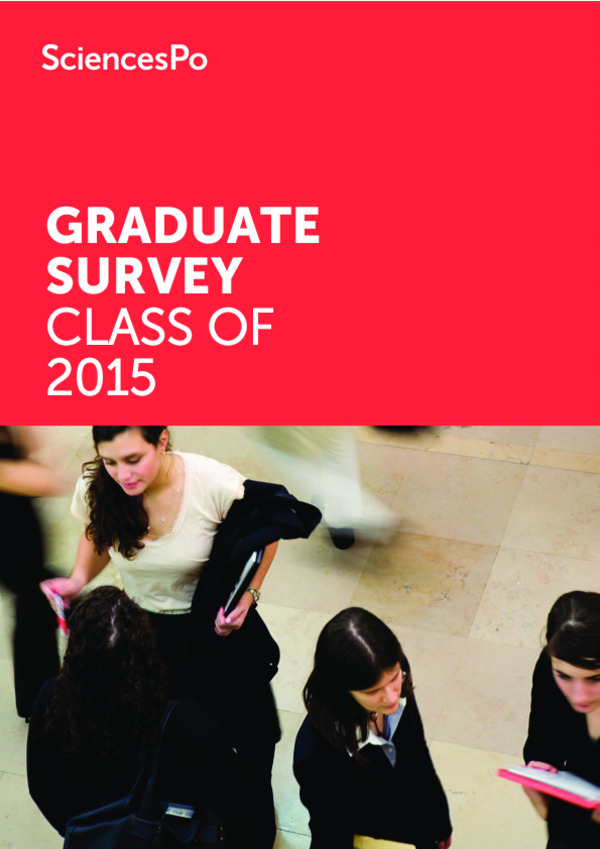