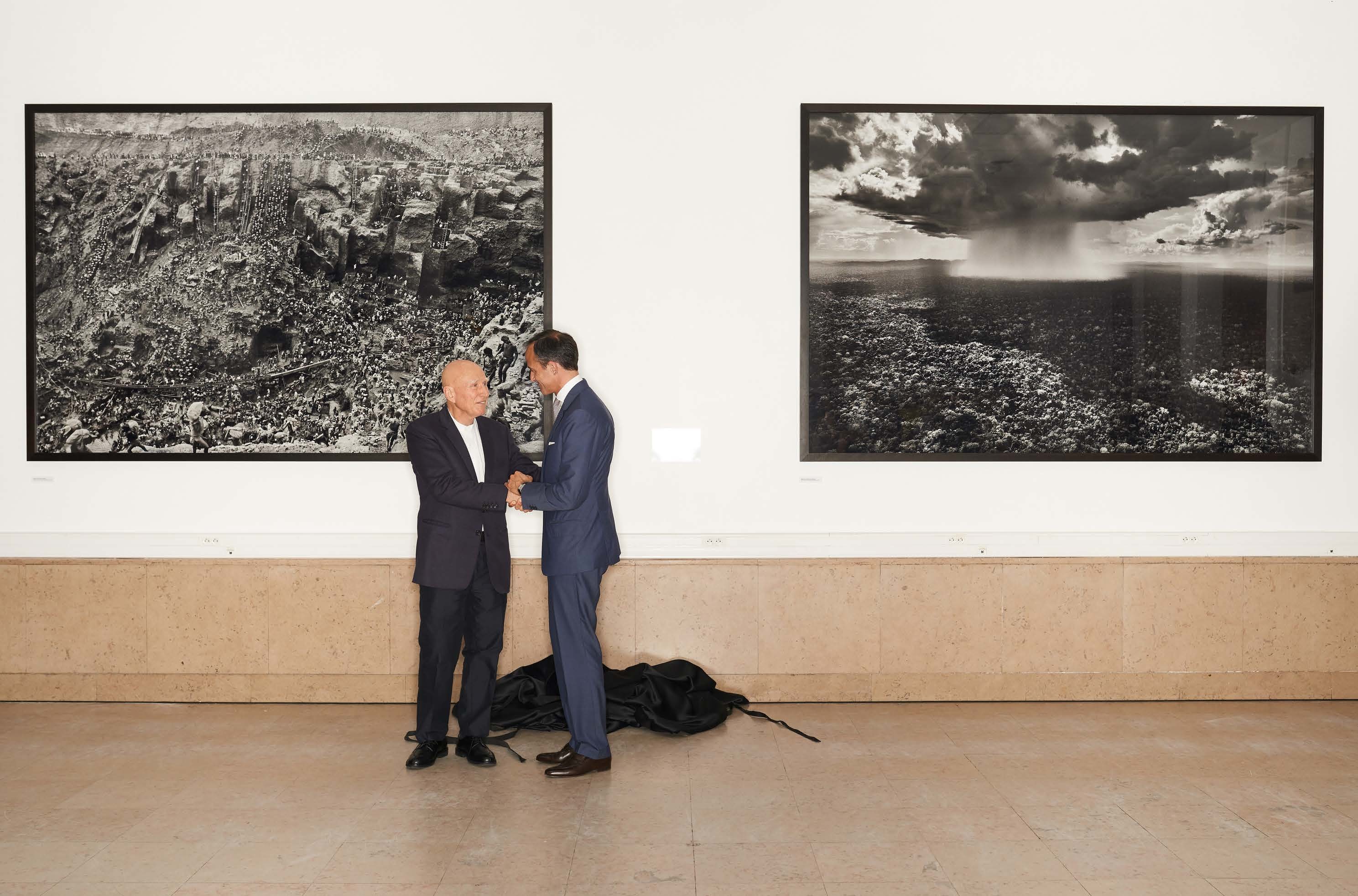 ​
As part of the Political Observatory of Latin America and the Caribbean’s tenth anniversary celebrations and the Quai d'Orsay's Latin America and Caribbean Week, Sciences Po was honoured to receive two large-scale works gifted by Mr. Sebastião Salgado to the library, in the presence of the artist. This is the photographer's first donation to a university. It is also the first time an artwork has been donated to Sciences Po.

The two photographs, taken by Salgado in 1986 and 2016 in the Amazon, illustrate the artist's work for and commitment to both the environment and the fight against poverty. This commitment has been commended by political figures such as Nobel Peace Prize laureate Oscar Arias and by leaders of international organisations, such as Angel Gurria, Secretary-General of the OECD, who spoke at the opening reception.

The 1986 photograph, taken in the Serra Pelada mine (state of Pará), shows 50,000 garimpeiros (gold diggers) deep in the mud. They're digging for gold, a source of both inhuman labour and hope for the workers.

In contrast, the 2016 photograph shows the immensity of the Amazonian forest, a territory threatened by deforestation and man’s exploitation of its natural resources.

With this donation, Salgado underscores his support for the values of humanity, ecological concern and intercultural dialogue championed by Sciences Po. The photographer wishes to draw the public’s attention to educational issues and has always promoted the type of cultural exchange fostered by the University.

The works, both 1.80m by 2.70m in size, are exhibited in Sciences Po's Petit Hall at 27 rue SaintGuillaume in Paris and can be viewed by all Sciences Po students, faculty, staff and visitors. 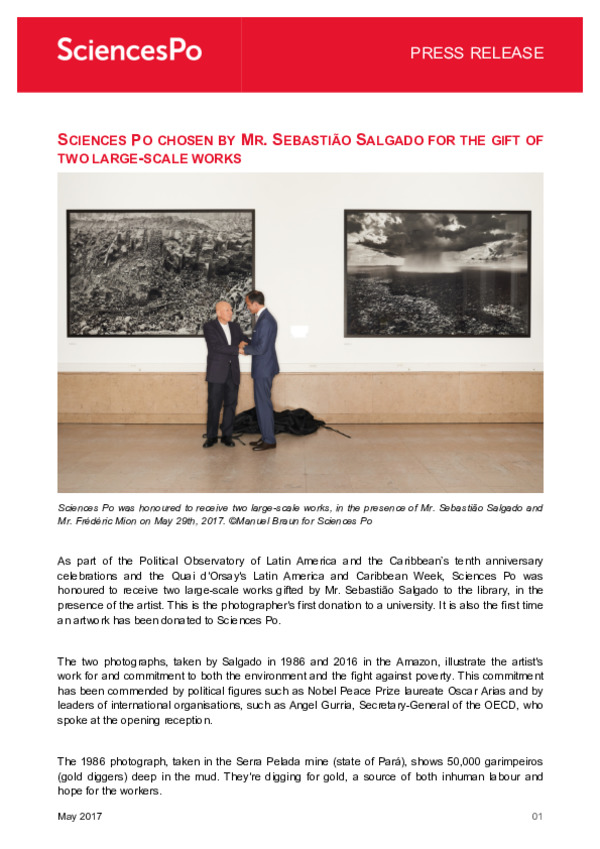 IN THE SAME CATEGORY

Sciences Po IN THE NEWS